Chip shortage will extend into 2022

Auto industry has been struggling for almost 2 years due to an ongoing semiconductor chip shortage. As a result, there are less new cars entering the market and their production cost is on the rise. Consequently, the demand and therefore the prices of used vehicles are also increasing.

Semiconductors are used to power everything from smartphones and cloud servers to modern cars. The chip R&D, design and production industry was initially created in the US, however gradually other countries, mainly from the APAC region, have caught up and currently lead the manufacturing aspect of the business, even though the design still largely comes from the United States.

Why is there a global chip shortage?

Lockdowns drastically increased sales of computers and other electronic devices to let people work from home - and also a lot of folks bought new gadgets to occupy their time off. Therefore, one of the main reasons for the shortage is the pandemic. At the same time, the manufacturers had to close down the factories to comply with government imposed health regulations and other players of the supply chain had to do the same.

Manufacturers also failed to do the right forecast. Initially, they thought the need would be lower, considering the circumstances or it would pick up at a lower pace. Instead, the demand skyrocketed putting the producing companies in a difficult situation.

With the ongoing rise of COVID-19 cases and an increased necessity, the semiconductor industry has seen one of its longest chip shortages, from the spring of 2020 through the fall of 2021. Deloitte expects it will last at least through 2022, pushing the lead times out for the shipment of some components into 2023.

There were a lot of flaws in the Supply Chain industry for semiconductors even before Covid-19 hit the world. As Taiwan and APAC region is dominating chip production the flawless supply chain depends on several factors, from sourcing and purchasing raw materials, world cataclysms to some companies over-ordering stock, not giving an opportunity to smaller organizations to obtain the chips in a timely manner. The pandemic was the last straw with closing factories and lockdowns and increased demand for electronic device usage while the social distancing was in place.

«With the ongoing rise of COVID-19 cases and an increased demand the semiconductor industry has seen one of its longest chip shortages, from the spring of 2020 through the fall of 2021.»

Chips are vital to modern cars, with a number of features including touchscreen controls, automatic emergency brakes, reversing cameras, fuel efficiency equipment and airbag deployment systems all relying on them. Semiconductor chip shortage affected automakers in all parts of the world including European manufacturers Mercedes, BMW, Volvo, Audi. In other parts of the globe with the low supply of semiconductors Toyota had to slash worldwide vehicle production by 40% in September 2021. The world's biggest carmaker had planned to make almost 900,000 cars for the month, but had to reduce that number to 540,000 vehicles. Volkswagen, the world's second-biggest car producer, has warned it may also be forced to cut output further. Jaguar Land Rover (JLR) lost £9m ($12m) in the last three months of 2021.

Just to name a few, in general other automakers are not doing any better. However, some were able to handle the situation. Tesla for example, stands out as it is an IT company as much as it is a car producer if not more. Due to the fact, organization can write new code, update the system and change the need for certain chips that are hard to source. Moreover, Tesla delivered cars with missing components, promising to add those parts in the near future.

With the new car scarcity, the demand and therefore the prices for the used cars have drastically increased. 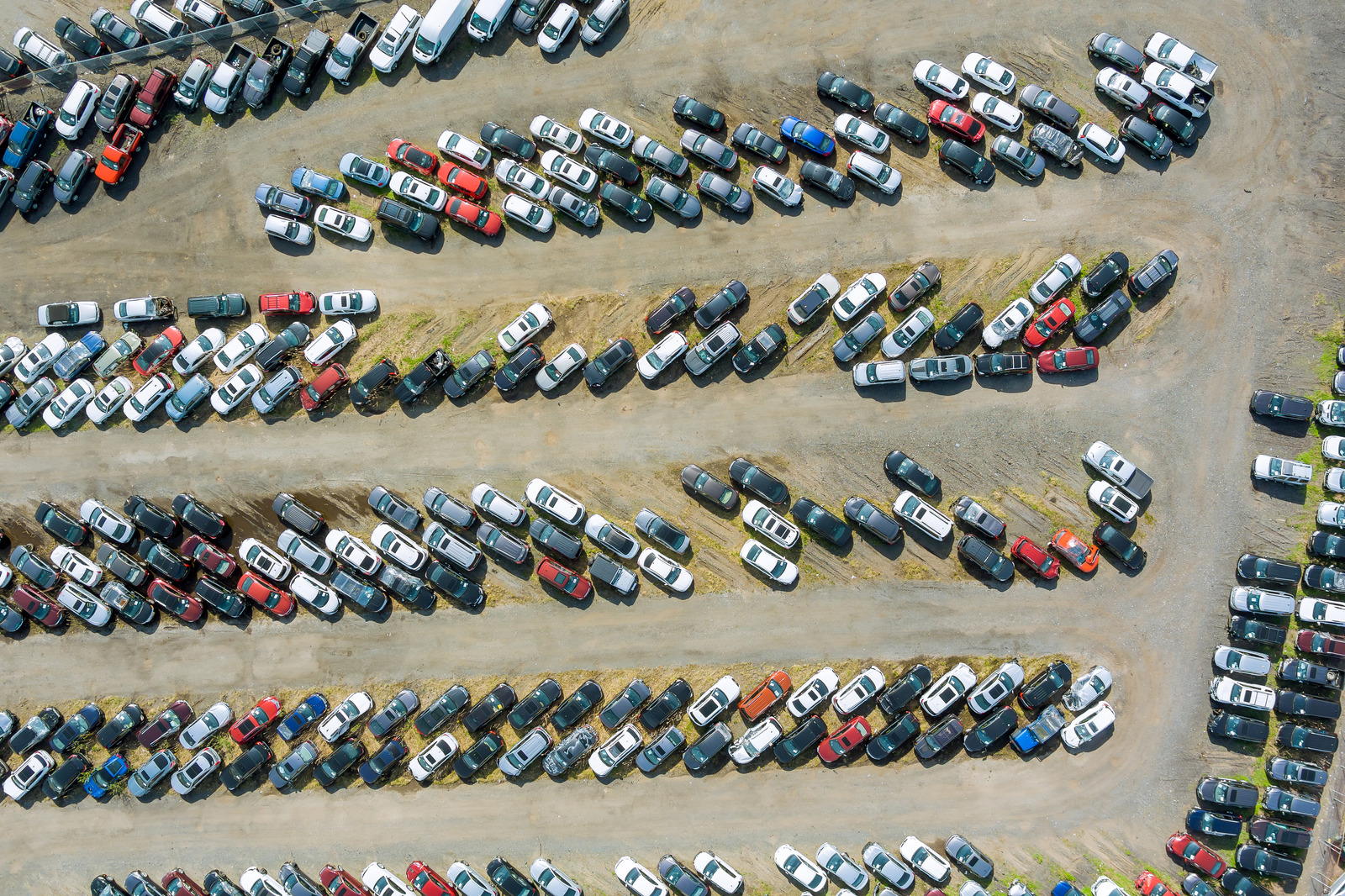 With the new car scarcity, the demand and therefore the prices for the used cars have drastically increased.

«Chips are vital to modern cars, with a number of features including touchscreen controls, automatic emergency brakes, reversing cameras, fuel efficiency equipment and airbag deployment systems all relying on them.»

When will the semiconductor shortage end?

Deloitte is predicting the chip shortages likely to last through 2022 and we should be prepared for longer lead times and possible delays. The whole chip industry is committing to increasing overall output capacity at an unprecedented level. Capital expenditures from the three largest players will likely exceed $200 billion from 2021 to 2023, and could reach $400 billion by 2025. According to the experts only heavy investments and flexibility from policymakers can help to solve the issue.

eCarsTrade offers online auto auctions of ex-lease vehicles from Belgium, France, Luxembourg, the Netherlands and Germany, with a complete maintenance history. We guarantee the quality of the vehicles, fast, simple and transparent purchasing process and fixed commission costs. We are working with both European and non-european used car dealers and traders. Last but not least, our dedicated managers are always available to assist you with your needs.
Browse more cars